The Sports Medicine Digest provides the latest updates from the NYIT Center for Sports Medicine as well as recommendations and advice to improve your performance and maintain your health in athletic pursuits.

What is eSports? And eSports Medicine? 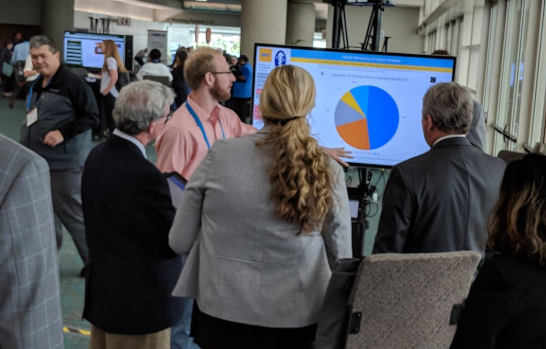 Esports, or competitive video gaming, is growing at a rapid pace with a global audience of 320 million people. Recently the League of Legends World Championship, a global eSports competition, drew 32 million viewers. To put this in perspective, only 14.9 million viewers turned in to the Major League Baseball (MLB) World Series. At over 80 colleges and universities across the country eSports is now being recognized as a varsity sport with accompanying scholarships. As of January 2017 the NYIT Athletics department created an eSport team which has grown to 37 players. Dan Velez, Director of Intercollegiate Athletics at NYIT, says “(T)hey are part of our department and my expectation of them is the same of the rest of our programs.”

“As a medical community we have very little research on the health concerns of eSports players” says Halie Zwibel, DO, Director of Sports Medicine at NYIT. “That’s why we created the Center for eSports Medicine so we can be at the forefront of research and medicine in eSports.” Joanne Donoghue, PhD, Director of Clinical Research at NYIT, presented the team’s latest findings to sports medicine physicians across the country in San Diego at OMED 2018. NYITCOM scholar James Docherty OMS-III also presented a poster on health behaviors in eSports athletes took which took 2nd place in the OMED competition.

OMED is hosted by the American Osteopathic Association (AOA) and the annual conference brings thousands of physicians together to learn the latest medical advances.

“Our research has shown that eSports players most common complaints are eye strain, head/neck pain, and wrist injuries”, says Dr. Donoghue. New research by Mark Gugliotti, PT/DPT, Associate Professor in the NYIT Department of Physical Therapy, has further demonstrated that the neck pain and headaches in is most likely due to poor posture while gaming. “These are not the complaints of traditional athletes so we must tailor our medical practices to the health needs of eSports players” argued Dr. Donoghue in her recent publication Collegiate eSport: Where Do We Fit In?

The Center for eSports Medicine team will be presenting their most recent findings at the Beyond the Sidelines sports medicine conference in NYIT’s Rockefeller Auditorium on Tuesday, November 6th and will be hosting the first NYIT eSports Conference this Spring.

Hate to exercise? Do a zero-minute workout instead