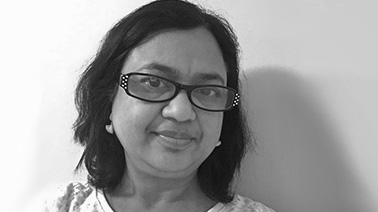 Gaseous transmitters such as nitric oxide and hydrogen sulfide regulate various signaling pathways that play roles in carcinogenesis and progression of cancers. Nath has research interest cancers of colorectal, breast, pancreas including T-cell leukemia, with the goal of regulating these pathways by novel compounds that release gasotransmitters. The novel agents are derivatives of non-steroidal anti-inflammatory drugs (NSAIDs), for example, aspirin and are examined in appropriate cell culture and animal models which have demonstrated tumor reduction by these compounds. Mechanistic studies of destroying cancer cells through modulation of the beta-catenin signaling pathway, as well as the interplay of transcription factor NF-kappaB, the enzyme cyclooxygenase-2, nitric oxide synthase demonstrate regulation of these key molecules. Mechanistic questions posed at the molecular level are NO signaling through protein nitrosylation or protein sulfhydration, and possible histone modifications. Other cancer related research interests include imaging analysis and by feature quantification for detection of pre-cancerous or abnormal cells.

Nath teaches cell biology and microbiology, and students participate in her research projects and present at professional conferences. She promotes undergraduate research and scholarship at the university level and advocates for undergraduate research at the national level through her role as Councilor at the Council on Undergraduate Research (CUR), Washington, D.C. She is the health sciences divisional editor of the CUR Quarterly.

Nath received a Ph. D. in biochemical engineering and biotechnology from the Indian Institute of Technology-Delhi, where she studied plasmid DNA biology; a master’s degree in biotechnology from Jadavpur University; and a bachelor’s degree in pharmacy from Delhi University, India. Her postdoctoral research at Columbia University focused on role of p21-activated protein kinases in carcinogenesis and the interplay of signaling pathways and cell cycle regulatory proteins.