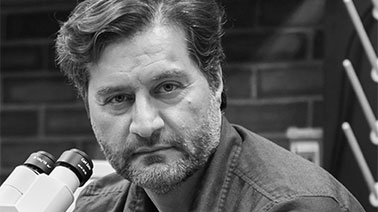 Molecular and cellular mechanisms of musculoskeletal development and regeneration

The overall goal of my research is to implement innovative approaches for engineering new musculoskeletal tissue utilizing knowledge derived from molecular and cellular biology and biomaterials. More specifically, we are actively involved in understanding the molecular mechanisms that underlie musculoskeletal development and regeneration. Previously, we have used fracture repair as an example to study tissue regeneration. The repair of a fractured bone is a complex biological event that essentially recapitulates embryonic development and requires the orchestration of a number of different cell types undergoing proliferation, migration, adhesion and differentiation, all under the direct control of a host of different genes. Understanding the temporal and spatial expression of these genes during the progression of a healing callus will ultimately enable us to comprehend the essential processes of inflammation, chondrogenesis, ossification, and remodeling. In addition, we are also interested in understanding the process of myogenic differentiation and skeletal muscle development. The latest methods in molecular and cellular biology are applied in the pursuit of gene discovery, gene structure and function analysis, expression studies and functional perturbations. By identifying and studying genes that play essential roles during tissue repair, we hypothesize that this knowledge will facilitate a greater understanding in our ability to elucidate the process of musculoskeletal development and regeneration and identify ideal gene candidates for possible therapeutic intervention via the use of biomaterials.