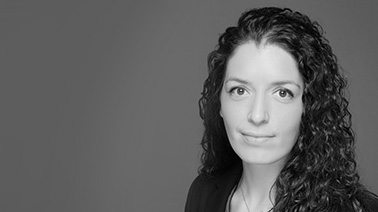 Design and Synthesis of Small Molecules for the Treatment of Neurodegenerative Disorders and Cancer.

My research is focused on the discovery of small molecules that interfere with the function of molecular effectors in biological pathways involved in neurodegenerative disorders, such as Alzheimer’s disease (AD), and cancer.

My interest in discovering therapeutics for the treatment of AD has included the exploration of learning and memory processes through the inhibition of phosphodiesterase 5 (PDE5). I have designed and synthesized a class of small molecule PDE5 inhibitors (PDE5Is) that act on the NO/cGMP/PKG/CREB signaling pathway, improving learning and memory in mouse models of AD. Treatment with these novel PDE5Is increased cGMP levels in the hippocampus of mice at concentrations showing pharmacological efficacy in preclinical studies.

I have been also interested in designing small molecules able to target the epigenetic modulators of the acetylation levels of histone proteins, the acetyltransferase (HAT) and histone deacetylase (HDAC) enzymes. I have discovered HAT activators that improve memory in mouse models of AD by enhancing the acetylation levels of histone proteins. Moreover, we have observed that, besides their effects on learning and memory, activation of HAT enzymes also induces a cytostatic effect on mutated lymphoma cell lines. This evidence has suggested the potential use of this HAT activators for the treatment of cancer as well. Furthermore, I have investigated the application of histone deacetylase (HDAC) inhibitors for the treatment of cancer by creating new dual-target small molecules acting on sigma receptors and HDAC enzymes. The anti-proliferative effect of these agents has been beneficial in the treatment of prostate cancer and glioblastoma cell lines.

Ultimately, I am interested in developing a new class of multi-target small molecules that interact with both the epigenetic and PDE5 enzymes with the aim to simultaneously explore the role of these molecular systems in memory-related diseases and cancer.