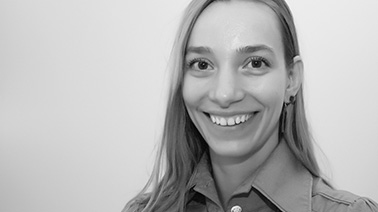 My overall research interest belongs to domain of Chiral Chemistry. It involves a combination of Chiroptical spectroscopy and molecular modeling techniques to achieve reliable structural elucidations of chiral systems as well as to study chiral induction phenomena.

A) Structural investigations of chiral organic, inorganic and biomolecules via tandem use of three chiroptical spectroscopic methods: Vibrational Circular Dichroism (VCD), Electronic Circular Dichroism (ECD), and Optical Rotatory Dispersion (ORD). Implementing these methods for reliable structural elucidation of chiral molecular systems is of a major scientific and economic interest due to repercussions of chirality on development of drugs, agrochemicals, food additives, fragrances, and catalysts.

Recent involvements in the domain of structural investigations of chiral molecules via chiroptical methods have focused on botanical natural products, with potential use in agricultural and pharmaceutical industries.

B) Investigating scope, advantages and limitations of applying bis-porphyrin tweezers as chirality probes for determining the absolute configuration of diamines and amino alcohols. This research is based on performing supramolecular host-guest complexation studies in tandem with ECD chiroptical investigations and molecular mechanics (Monte Carlo & Molecular Dynamics based) conformational searches.

C) Exploring the phenomenon of supramolecular chirality induction on ladder-like molecular architectures. This effort could find utility in the realm of material science and information storage.

The ability to induce supramolecular chirality as well as to control the screw-sense and the degree of helicity plays a vital role in the frontier of biomolecular recognition, material science and information storage. Although helical-induction of single-strand helices has been performed in the past, for example, by covalently adhering enantiopure chiral additives to foldable polymers, the induction of double-strand helices is rare. The double-strand helical structures are frequently found in nature and are closely related to the physiological functions of biomolecules, such as nucleic acids (DNA, RNA, even PNA) and proteins. This research-plan reflects the interest in developing a novel, sensitive tool for helical-sense programming of double-stranded biomolecular architectures.