Explore design research at the frontiers of architecture through experimentation in computational design, robotic systems applied to fabrication and interactivity, and materiality. For more information please contact ms.act@nyit.edu 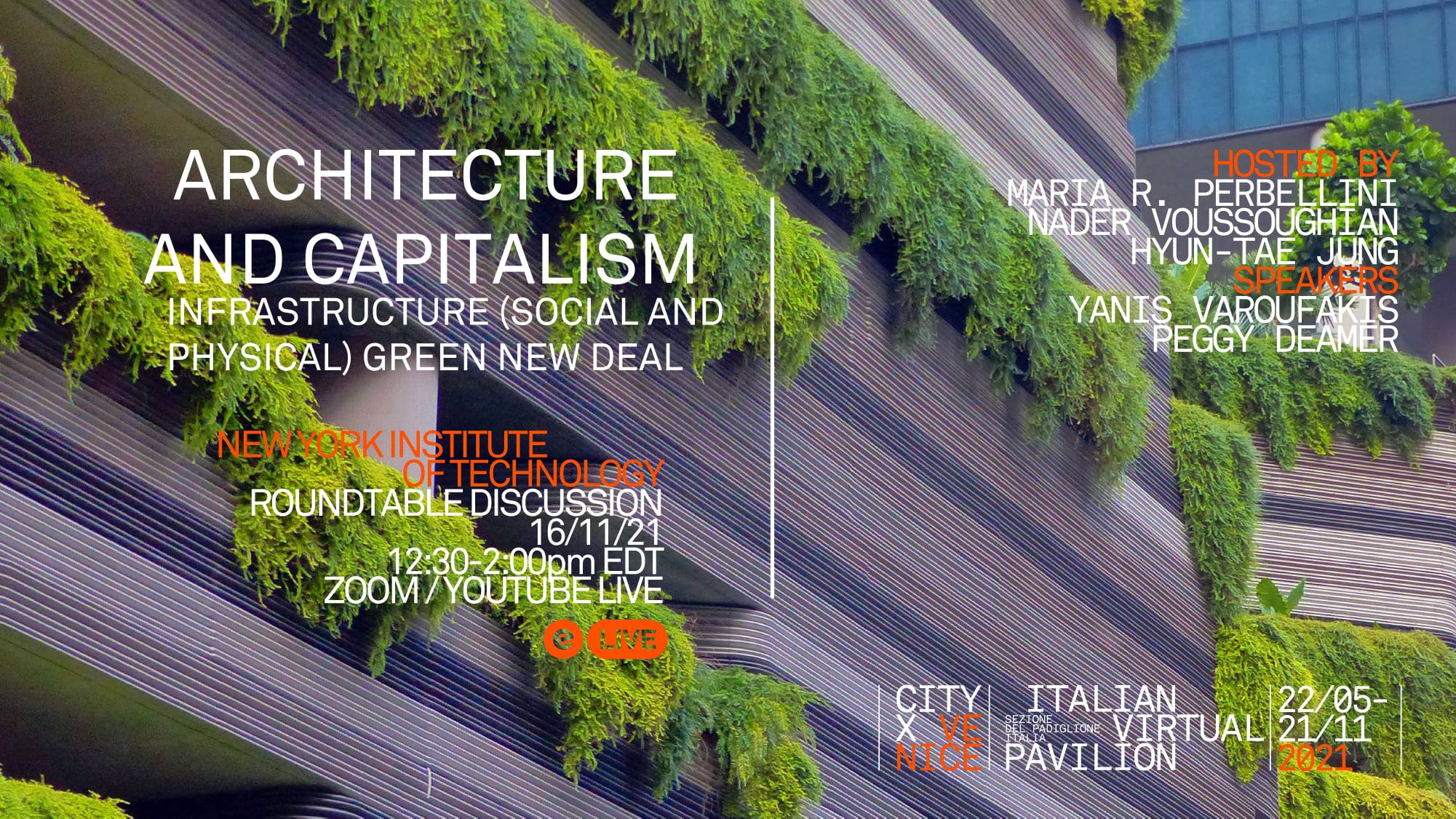 Peggy Deamer is Professor Emerita of Yale University’s School of Architecture and principal in the firm of Deamer, Studio. She is the founding member of the Architecture Lobby, a group advocating for the value of architectural design and labor. She is the editor of Architecture and Capitalism: 1845 to the Present and The Architect as Worker: Immaterial Labor, the Creative Class, and the Politics of Design and the author of Architecture and Labor. Articles by her have appeared in Log, Avery Review, e-Flux, and Harvard Design Magazine amongst other journals. Her theory work explores the relationship between subjectivity, design, and labor in the current economy. Her design work has appeared in HOME, Home and Garden, Progressive Architecture, and the New York Times amongst other journals. She received the Architectural Record 2018 Women in Architecture Activist Award and the 2021 John Q. Hejduk Award.

This is a discussion of architecture’s role in capitalism and the manner in which it is circumscribed by capitalism and furthers capitalism’s agenda. In discussion with Nader Vossoughian, Hyun-Tae Jung and Yanis Varoufakis, we will examine the role that building can play in remedying the economic, biological, and social crises facing so many nations today. We will talk about its importance to the future of the public sphere, not just from a political point of view but also from an ecological and humanitarian standpoint. We will debate the ongoing challenges that monopoly capitalism poses to our life on this planet. We will consider some of the theories of infrastructure current in artistic and policy-related circles. We will assess the merits of the Green New Deal, which pairs labor programs together with the climate crisis. And we will examine activist movements taking root in various parts of the world.